Travelling along minding my own business and Strange lights appeared. 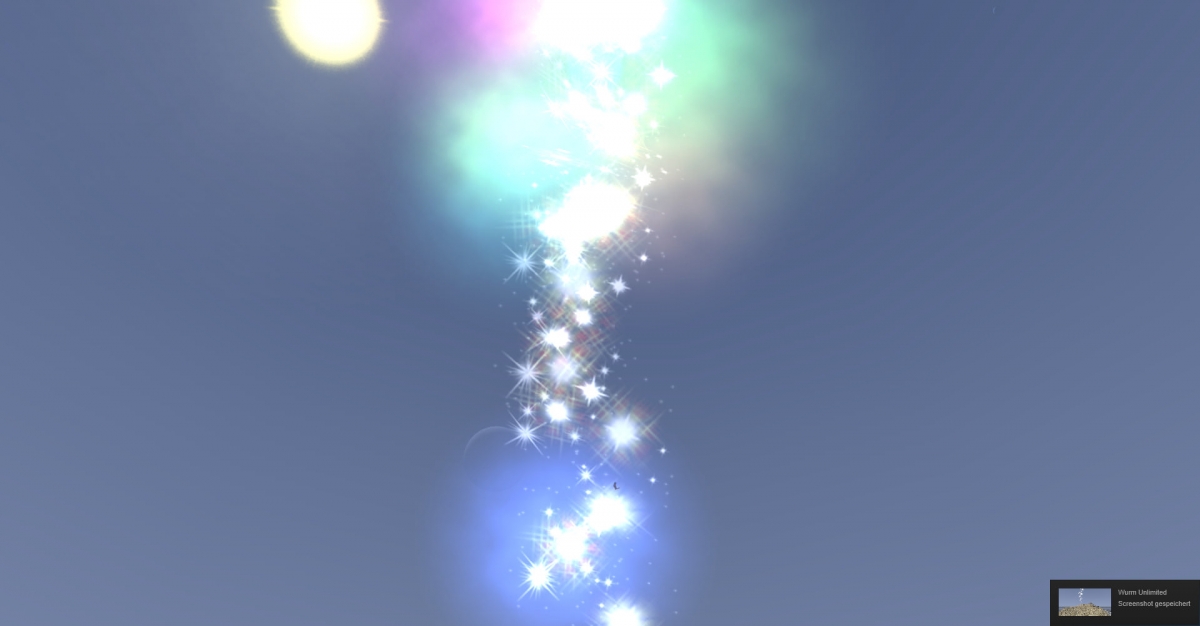 What is this?? It is not Christmas time. I hears rustling in the forest as something, or someone, ran away.

What is this that the land of Liberty is trying to tell me. Is Sklotopolis returning??

The trolls had all stopped in their tracks – this new something or person must be pretty powerful to have that effect. My mind went back to the beginning of Sklotopolis when it was just Sklo, Dominikk, and Engineer. Is there to be a take over of the server by this new being?

Vynor, Magranon, and Fo were all gathered muttering - This new arrival must be pretty awesome. What could get the Gods to actually meet and agree? More strange lights were appearing; hints were coming across the servers. Can anyone guess what is happening?

Later in the day:

Players are noticing the bright lights streaming from the ground, so it is not a graphical glitch.
Some brave players have driven from all over the server to inspect the sites the lights are coming from, and have discovered a sign telling us "Skloso is near - prepare yourself".

Questions to the CA Help go unanswered as the CA Helpers are just as mystified.

Are the GM and game Developers playing tricks?
Be warned, keep alert, whatever it is it must be big.