Dungeon - A PVP Challenge by Sklotopolis

Sklotopolis is going to the next level and introduces a PVP Challenge based server. What's Challenge? Challenge is an old concept in Wurm which was a big success in the first rounds but has been discarded by the Wurm Online developers before Wurm Unlimited was released. We are now trying to take the concept and improve it further. On challenge we will have two kingdoms Horde of the Summoned and Jenn-Kellon fighting against each other on a PVP Map sized 2048x2048 tiles.

Dungeon will be the ultimative PVP experience without anyone who has to fear a loss or a long time bad influence on a character. The Dungeon rounds will be limited to exactly one calendar month, which means that each round will start on the first of every month and end on the last of every month. Maybe this doesn't make too much sense for someone who hasn't played on a PVP server, but it fixes PVP in this game in various ways. PVP in Wurm has been broken for almost 6 years now and DEVs have been unable to fix it since then. We have also seen it on different Wurm Unlimited server that there is interest in PVP but the victory of the world is decided within one month and players quit playing on the server. The major problem of PVP is the late game experience which is more than just boring, but with challenge we will never experience a late game PVP experience.

The server will run for one calendar month and provides a clean and fresh start for every player. The reset happens every second month and is an automated process which doesn't need any developer interaction. Of course this server will not be grindy at all because of the limited time, action timers will be 20 times faster and skill timers will be 10 times faster compared to the EPIC server of Wurm Online. The Dungeon also has the Epic curve enabled, which provides a huge advantage in skill gain and makes the game much more enjoyable. For example bringing digging to an effective skill of 90 should take no longer than one hour. We also hope that the limited time will make this world about playing, enjoying and having fun in the game instead of PVP drama as we have seen it on Wurm Online.

In the first rounds we will collect a lot feedback about the map, all the mods and some other PVP related stuff. We will use almost all mods we also have on our PVE cluster, to make the game more like it was meant to be played in the first place. There will be no real rewards in the first few rounds, but a live score list will be available from beginning, so the competition is real and there will be winners for sure.

The world will also have various ressource points deployed all around the map, which will spawn very fancy and valueable stuff. This is where the most PVP interaction will take place, but also a HOTA and some other mechanics to force people into PVP will be given. Dungeon will also be 100% seperated from our PVE cluster, you will only keep the coins on your bank account between the resets. As I have mentioned above this is a try to make PVP more attractive to all players, without ending up with a dead world. We are planning to run at least 6 rounds, depending on the interest we will put more or less development power into the world. If the interest is high enough we will improve the PVP experience in the game , create a pool of maps which will be chosen randomly each month and much more.

First round will already start on the 1st March, 2018 and will run until 31st of March, 2018, you need a new character to join and can enter the adventure via a portal on our login server.

Round #2 will start on 1st May, 2018. There is always a month break between the rounds to improve the world and dig through the collected feedback. The break will also help to keep the concept interesting hopefully as it is not something which is there all the time.

Furthermore I can already proudly present the map of our Dungeon server:

This map is inspired by the map Orion created by the awesome map creator Ausimus, which is available for the public in the Wurm Unlimited forums. 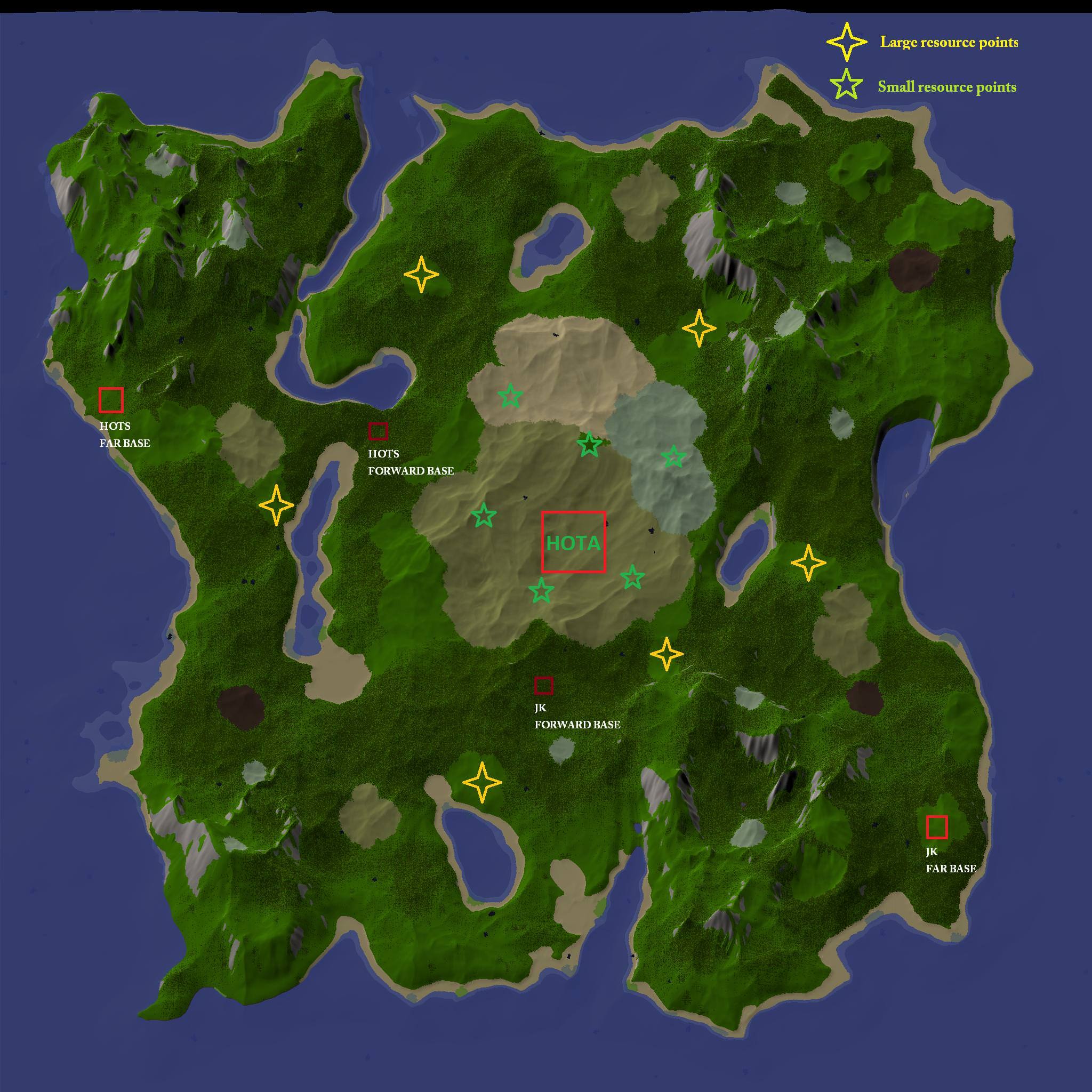